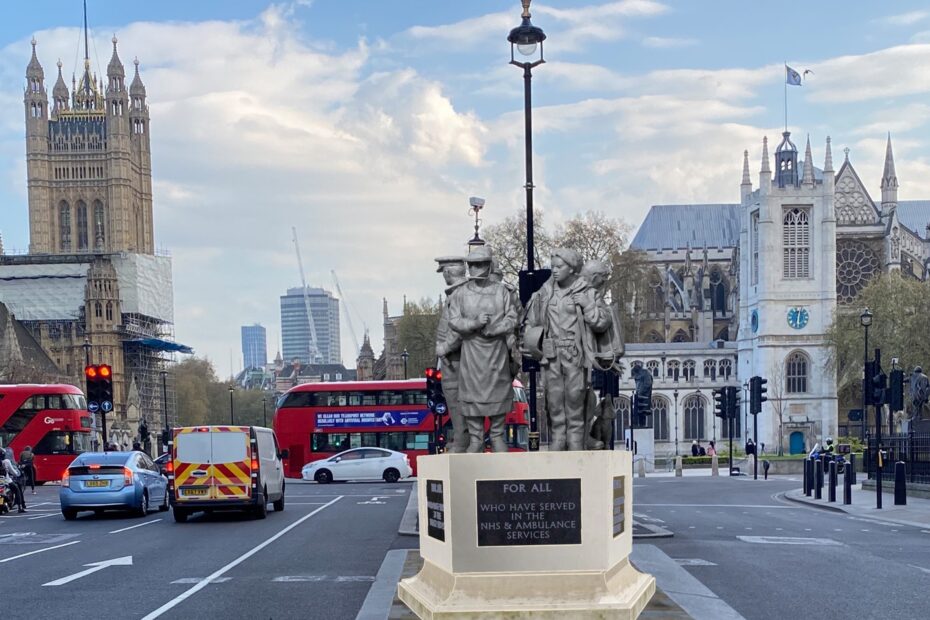 The preferred location of UK’s first Emergency Services Cenotaph was revealed during a House of Commons’ debate yesterday [Thursday 9 September 2021].

Sir Mike Penning MP, Co-Chair of the 999 Cenotaph Cross-Party Committee, announced Whitehall as the preferred site for this important national monument to our NHS and 999 heroes. Sir Mike also called on HM Government to waive the VAT for the project and to provide funding from proceeds of crime and unclaimed assets.

The charity Emergency Services Cenotaph, also known as the 999 Cenotaph, is raising at least £3.2 million to build the UK’s first monument dedicated to honouring NHS and emergency services personnel.

The project is supported by HRH The Duke of Cambridge; the Prime Minister; the First Ministers of Northern Ireland, Scotland and Wales; the National Police and Fire Chiefs’ Councils; the Association of Ambulance CEOs; and all Search and Rescue organisations.

The Rt Hon Sir Mike Penning MP, said: “The 999 Cenotaph is a remarkable campaign for a single memorial in our capital city to honour all those who have lost their lives whilst serving their communities in the emergency services. I am committed to finding a suitable site in the centre of Westminster and, quite frankly, it is long overdue.”

The Rt Hon Yvette Cooper MP, said: “Across the country people owe their lives and their safety to our brave emergency service workers. They are there for every one of us when we need them most and we owe them our thanks – never more so than after this difficult year. It is time we had this fitting memorial to honour all those who have sadly lost their lives while supporting communities across the country.”

Almost 2 million people work and volunteer across the NHS and emergency services today, including 250,000 first responders.

This monument is being sculpted by Philip Jackson, whose previous work includes Bomber Command in Green Park, Gandhi in Parliament Square and The Queen in Windsor Great Park.

The 999 Cenotaph will be 21ft tall and includes six 8ft figures stood back-to-back wearing the uniform they would wear when responding to a 999 call. They will be stood on White Portland stone and feature a male police officer, firefighter, maritime volunteer and a female paramedic, nurse and search and rescue volunteer. A dog is also to be included, to represent service animals.

The first figure, that of an NHS nurse, was unveiled in May 2021.

If funding is secured soon, then the monument could be unveiled in December 2022, the year of Her Majesty’s Platinum Jubilee.

Tom Scholes-Fogg, Founder and Chief Executive of the 999 Cenotaph, said: “I am delighted that MPs from all sides will be debating the funding and location of this important monument to our NHS and 999 heroes. If we are to build the 999 Cenotaph then we simply need the funding. I urge the Government to donate to this lasting worthy cause.”